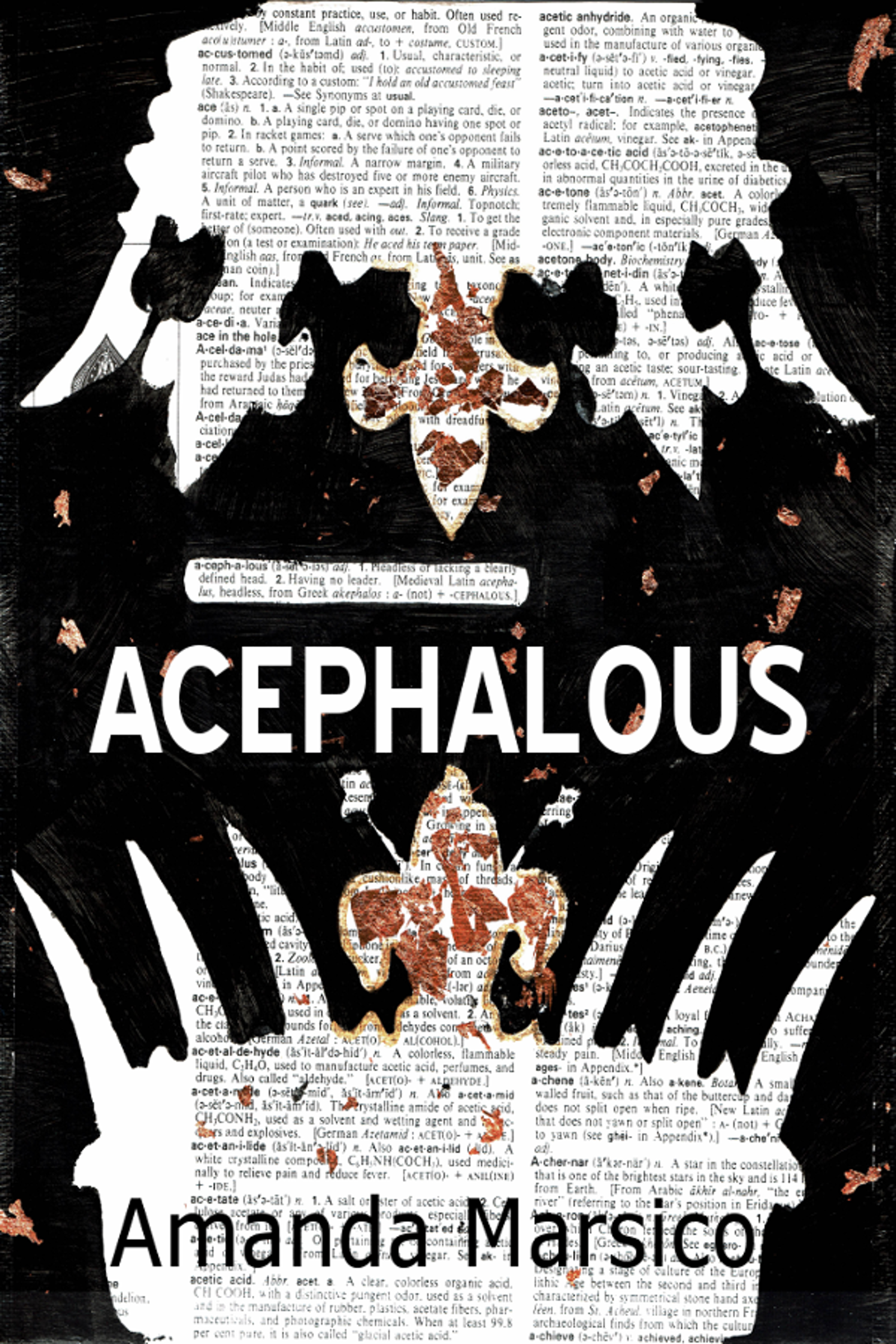 *Disclaimer: I received a free copy from the author in exchange for an honest review.*

Overall: 3/5 Stars
Characters: 2/5
Setting: 3/5
Writing: 3/5
Plot and Themes: 4/5
Awesomeness Factor: 3/5
Review In A Nutshell: While the pacing wasn’t great, and some of the characters were unlikable, Acephalous was still an interesting book with fascinating magic and lore.

The plot of Acephalous follows Breena, as she goes to London for the summer. There she meets Atlas, who introduces her to a world of illusions. But there is more to this world than she knows, and she must learn how to manipulate the illusions herself if she wants to avoid becoming a pawn in an impending apocalypse. While reading, I couldn’t help but compare this book to a mix of The Phantom of the Opera and Cassandra Clare’s City of Bones.

The pacing of this book varied. In the beginning, everything felt rushed. There was a lot going on, as well as a lot being introduced, making it hard to keep up with what was happening. However, after the first half of the book, the pacing smooths out as the lore has been established and the plot starts to truly unfold. The quick pace made it a fast read, with constant action and plotting. I think the sequel will really reap the benefits of this pace more than this first book did because there will be less exposition and worldbuilding thrown in.  I did enjoy learning about the magic and the illusions in Acephalous. The supernatural aspect was fascinating to read about and I look forward to uncovering more in the next book. Also, there was a lot of funny and entertaining dialogue that I really enjoyed and can’t wait to read more of.

The main character, Breena, was probably my least favorite part of the book. I just found her somewhat annoying (but hey, I’m not a big fan of Christine Daae and Clary Fray either, so this is just proving my earlier comparison). A lot of Breena’s actions frustrated me, mostly concerning her relationship with Atlas and with Jordan. Love triangles are basically impossible to do perfectly, and I wasn’t a big fan of this one. When Atlas was introduced, I was really annoyed with how Breena would switch from forgiving him for being a weird stalker then being creeped out by it. I had mixed feelings about him during the book and didn’t really start to like him as a character until about halfway through the book. Their relationship was also something I wasn’t a big fan of until much later in the book. I do really look forward to seeing Atlas in the sequel because his development throughout this first book set up for a really interesting character for later. Jordan, Breena’s other love interest/long-time friend, was a little better for me at the beginning. It was established from the start that he loved her, and although I was annoyed that he didn’t really accept her rejection, I did end up liking them together. I also liked all of the other side characters, (especially Lily and Linda! Love the LGBT representation! It was done really well!).
Pros– Funny and #relatable dialogue, interesting magic system and supernatural aspects
Cons– Awkward pacing, and a frustrating protagonist
Overall- 3/5 stars.

Like Loading…
← Laia Recommends: To Kill A Kingdom by Alexandra Christo
→ Review: Daughter of the Pirate King by Tricia Levenseller